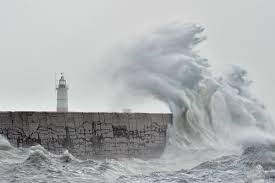 In the UK the Met Office name storms that are coming to the country, so that it is easier to communicate to the public that there is a storm on the way. In the past few years, we have had some notable storms that have brought some weather chaos t the country – here are a few of the most memorable recent storms…

Storm Angus – This storm arrived in the UK on 20th November 2016. It mainly affected the south and the south westerly regions, and winds as fast as 71 miles per hour were recorded in some areas, including on the Isle of Wight and in Devon. Flooding was caused in Exeter, and some power lines were brought down, leaving around 100 homes without power. 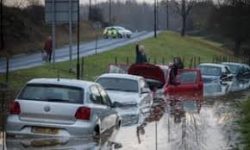 Storm Dylan – On New years Eve 2017, Storm Dylan swept into the UK. Scotland was worst affected by the storm, as well as Northern Ireland, where it downed trees and made the coastline as particularly windy place to be.

Storm Dennis – February 2020 brought us storm Dylan, arriving only a week after storm Ciara. Parts of England and Wales flooded, not having time to recover from heavy rainfall from previous stormy weather, and wind speeds over 90 miles per hour were recorded in Wales.