Saddlebacks: The giant tortoises of the Galapagos 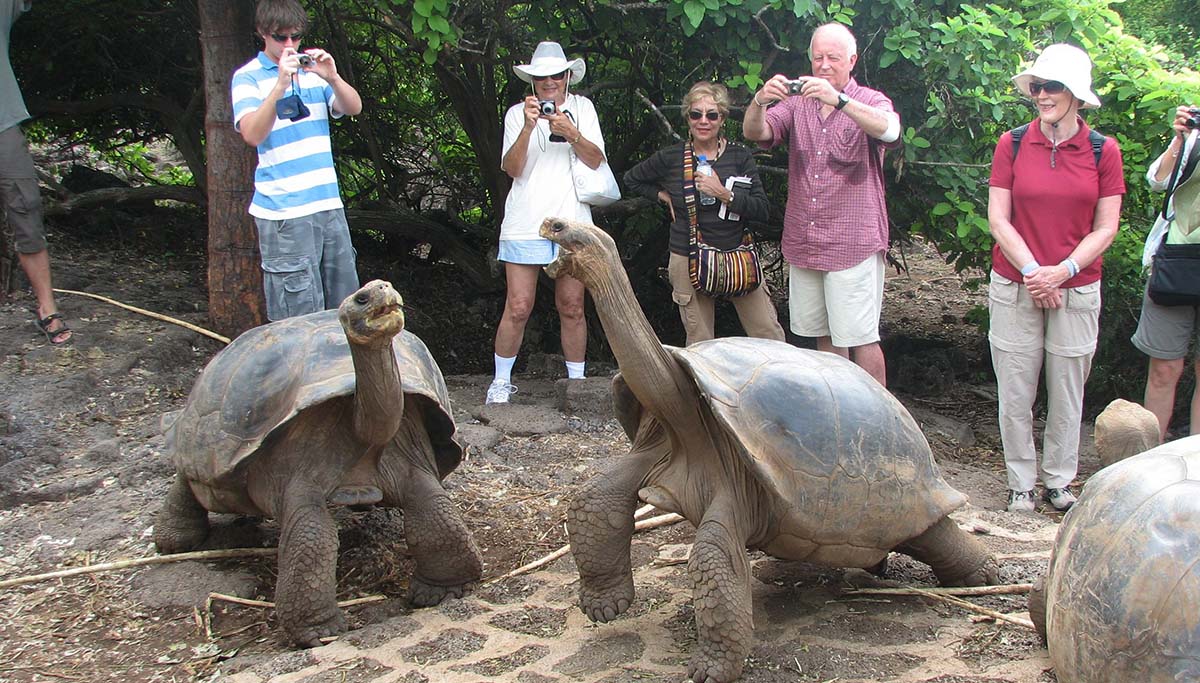 Majestic, ancient and prehistoric in appearance, giant saddleback tortoises are only found in two places in the world. These magnificent reptiles inhabit the Aldabra Atoll in the Indian Ocean, and the Galapagos Islands in the Pacific Ocean.

Weighing up to 270 kilograms, and with a lifespan of 150 years, saddleback tortoises may be slow moving, but they have few enemies. Sadly, human habitation has made them more vulnerable and of the 14 sub-species of the Galapagos tortoises, 3 are extinct, with only one surviving male in a 4th sub-species still alive.

There is something almost magical about the way these giant tortoises roam around and it’s easy to see why the Galapagos were named after them. When the islands were discovered in 1535 they were named galapago, which in Spanish means saddle and refers to the design and shape of the shell of the tortoise.

Across the Galapagos Islands, the tortoises differ in shape and size. The somewhat smaller saddlebacks have long limbs and neck, with a raised shell, and have adapted to the drier, lower lying islands. The larger tortoises have dome shaped shells and are better equipped for reaching low growing vegetation and fruit, and navigating the lush grasslands. The saddleback tortoises are living proof that over the years, animals have adapted to their environment and their bodies have changed accordingly.

Breeding season for the tortoises lasts from January to June, with eggs incubating for up to 8 months. Galapagos holidays, are ideally booked when the tortoises hatch during November and April, as seeing them emerge from their eggs is something truly special. It’s incredible to think that these tortoises grow so enormous, and that they only reach sexual maturity at between 20 and 30 years old.

Aside from hawks swooping up babies, the saddleback tortoises fall prey to few predators, although domestic pets have posed problems. In 1959, in an effort to protect the tortoises’ dwindling numbers, the Galapagos Islands were declared a National Park and the native wildlife was therefore legally protected.

Today, a captive rearing centre in Santa Cruz, as well as a number of other conservation programs, protect and look after the tortoises. Hopefully this will ensure that they continue to thrive for years to come.