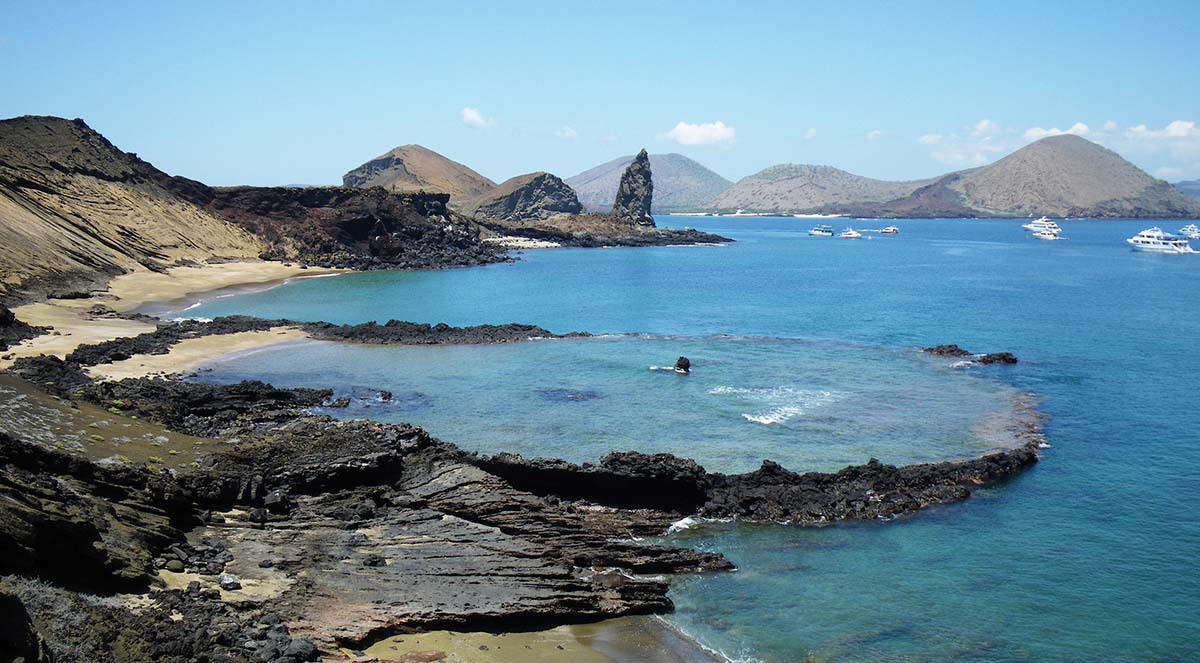 The Galapagos Islands – lying 600 miles off the coast of Ecuador – is the cradle of Darwin’s theory of evolution. Famed for its diversity of wildlife and terrain, a trip to this volcanic archipelago is truly the holiday of a lifetime.

From Sea to Land

To see the Galapagos as Darwin did, you’ll want to explore everything the islands have to offer by boat. Galapagos cruises offer the best way to explore the sheer abundance of wildlife – from skies full of brown pelicans, albatrosses and blue footed boobies to seas full of manta rays, sea lions and marine iguanas. You won’t want to forget your binoculars.

In the Footsteps of Darwin

If you’re interested in Darwin’s scientific work in the Galapagos, the Charles Darwin Research Centre is unmissable. One of the best natural history collections in the world, the centre is based on Santa Cruz Island.

Snorkelling in the Galapagos is a must do – the marine life is simply breathtaking. You may find yourself surrounded by inquisitive and playful sea lions, or inches away from a whitetip reef shark. You’ll see diving turtles and gorgeously coloured tropical fish.it.

Weighing in at a colossal 900 pounds and often living to 150 years, the giant tortoise is the undisputed star of the Galapagos island’s population and there is nothing more enthralling than seeing these majestic creatures in their indigenous habitat. Just don’t try and emulate Darwin who would leap on their backs, rap on their shells and ride them around the island. The best place to see these giants is the Charles Darwin station, the former home of Lonesome George, last surviving tortoise on Pinta Island.

The Galapagos bears the marks of its volcanic origins, Darwin’s principal reason for visiting the archipelago. Don’t miss the extraordinary island of Isabela where you can cruise through naturally formed lava tubes or hike to the second highest volcanic caldera in the world.

From beautiful beaches to lava flows, from whales to penguins, the Galapagos offers something for everyone. Hiking, diving and snorkelling can all be enjoyed in this paradise on earth.