The man who made Swindon but never went there 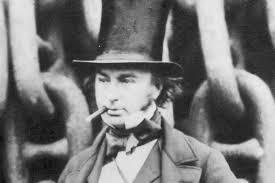 Isambard Kingdom Brunel is a giant of the Industrial Revolution in Britain and one of the architects of the modern age. One of his major projects that was actually successful was the creation of the Great Western Railway. This would see a rail link from West London, starting and terminating in the still operational Paddington Station, reaching all the way down to Penzance in Cornwall. This was a huge undertaking as the route would have to pass through places like the Cotswold Hills, the Somerset Levels and the wilds of  Dartmoor and Exmoor. However, if it were to be successful it would open up the country to the South West and vice versa like never before. 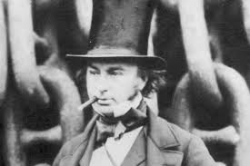 The story goes that Brunel and his associate Daniel Gooch were looking for a mid way point that could be used to build, maintain and store engines much like the one at Crewe in the North. Wandering near a small rural support village called Swindon. Gooch and Brunel agreed the location made sense. Gooch threw the remains of a sandwich from their packed lunch and declared that was where the site would go.

This elevated the village of Swindon massively changing it’s fortunes forever. Yet Brunel chose never to survey it when finished. You can guarantee that Wiltshire Park Homes take more care in selecting their locations!