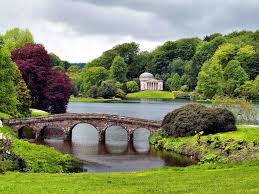 In the past the Gardens of the wealthy were pretty much the same kind of affair. The accepted thinking in the world of horticulture was that every attempt should be made to recreate the Garden of Eden. Walled Gardens or Hedged Gardens were the standard design. The garden was laid out in sections in any attempt to make it appear as if the garden was another room or series of rooms. The other option was to have a set laid out pattern of planting and a large lawn in the front and the rear of the house. You can bet that the people cutting it would have liked access to some Mountfield Spares like those from https://www.diyspareparts.com/parts/mountfield/. 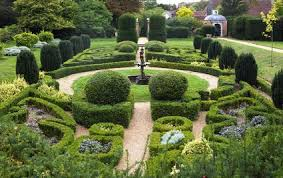 In all cases the idea was to illustrate that Nature is held in check and controlled. The plants were arranged in a rigid way that did not allow for any informality or wildness. In fact this was roundly shunned. They were artistically beautiful expressions of power and control, that humans were the masters of the Earth.

That is until Lancelot Capability Brown came along. He advocated a new approach. He said that we should have a garden that showed nature “red in tooth and claw” albeit also very controlled. He designed avenues of trees and gravity fed lakes. The formal gardens were numbered.