The Roman City of Gloucester

Many of the towns and cities in Britain still show many of the signs of their Roman roots – from buildings to roads, you would be surprised at how much is still there from the Roman settlement of Britain.

Gloucester is one of many cities that still retains a strong link to its Roman heritage – Roman glass are glass suppliers Gloucester and there are many companies that take their names from the region’s history. 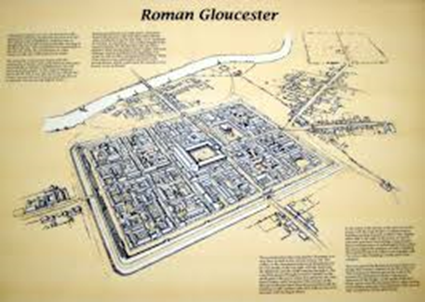 Gloucester was known as Glevum to the Romans, and the reason for the position of Gloucester was important – it was the first point from the sea where the River Severn could be crossed with ease. Because of this, a river crossing was built in what is now Kingsholm, and a fort was erected to guard this.

Anyone familiar with Roman towns will instantly recognise Gloucester as being one. Set out in the classic grid formation that the Romans used, the four streets – Southgate, Northgate, Eastgate and Westgate led to the central ‘forum’. The reason for the gated streets were so that they could be locked to protect the city.

As well as the gates, Roman cities such as Gloucester were also protected by surrounding walls – it is still possible today to walk around the old roman wall in Gloucester, known as the via sacra.

Roman ruins can be found all around the city – outside Boots the chemist you can look down into the preserved ruins beneath the town, and when building work is carried out in the city, parts of buildings, or even pottery are often found, dating back to Roman times.